The artificial snow allows you to ski from November to April, making it a true paradise for snow lovers!

Even children will have nothing to complain about... all areas pay close attention to children and their needs.
Learning to ski by playing is beautiful and for this reason all areas are equipped with kindergarten, snow park and nursery slopes for beginners.

This sunny valley of Trentino also loves the night deeply. Here you can ski under the stars between the Olimpia 3 slope of Alpe Cermis and the Obereggen slope of the Ski Center Latemar.
Night skiing, from 7:30 pm to 10:30 pm, allows you to organize a dinner in the refuge and return with skis on.

The cross-country ski slopes in Val di Fiemme:
Two centers equipped for cross-country skiing, with 150 km of slopes among breathtaking Dolomite sceneries and suggestive woods, in the valley that has hosted three FIS Nordic Ski World Championships and which will be the venue for the Milan Cortina 2026 Winter Olympics. 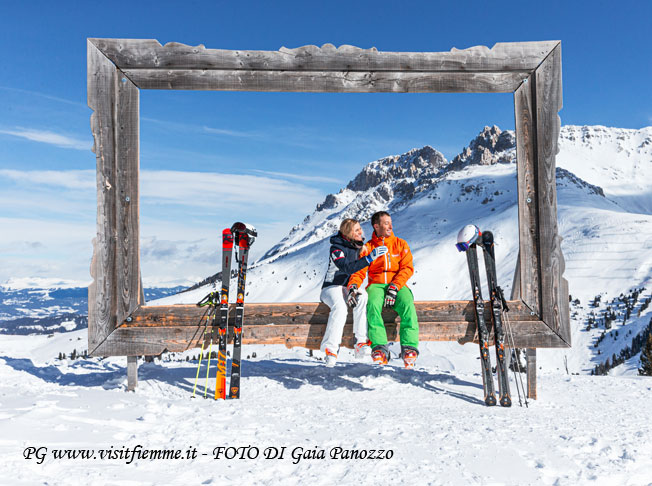 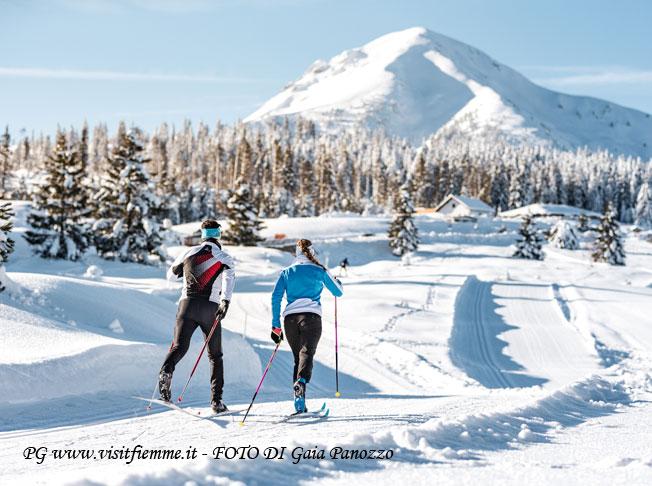 Location of the Hotel Torretta and map

We are at the entrance to the Paneveggio Natural Park, in Trentino

Our hotel is located in Bellamonte, just 6 kilometers away from Predazzo along the road that leads to the Rolle pass.
We are at the entrance of the Paneveggio Natural Park, wonderfully immersed between the Lusia hills and the Lagorai chain which has its peak in the Pale di San Martino group where the majestic "Cimon della Pala" stands out.

In the past our plateau was used for grazing and haymaking while today it is one of the most important tourist resorts in the area, with excellent hotel accommodation, just a few steps from the Lusia-Castelier and Passo Rolle lifts.

But not only enchanting skiing! In fact, in our area you can walk the many paths that surround us that will allow you to discover suggestive walks in a relaxing and peaceful environment!

For three generations our family has been operating in the hospitality sector. In this activity we always give great value to contact with guests and to the excellent quality of all the products on offer, with particular attention to those of our region, Trentino.